Where It All Began

Three Rivers Food Co-op was founded in the early 1970’s as a natural foods buying club with over 200 members who ordered food monthly. All the members participated in the monthly ordering, gathering and distributing of the natural foods acquired as a club. After a year or two the members voted to open a retail store front. Some of the advantages of a store would be; more variety of foods and a the ability to buy smaller quantities more often. Under the leadership of the Board of Directors money was raised by loans from members. A small retail space was chosen in downtown Fort Wayne and renovated by volunteers from the membership. Three Rivers Food Co-op was open for business as a retail store front October 1, 1976 at 1111 Broadway with volunteer managers and several volunteer workers. The rental space they now called home had shelves and two coolers which in the beginning were only half filled with products. The store was open Tuesday thru Saturday from 10am to 6pm. Three Rivers Food Co-op grew steadily after its beginnings in 1976 and expanded in 1991 to become “3 Rivers Co-op Natural Food & Deli” at 1126 Broadway, just across the street from the initial location. With a much larger space, the co-op was able to carry many more products and serve a larger customer base. However, this space soon became too confining for its shoppers and the growing availability of natural foods products. A three year search ensued, seeking out a suitable location big enough for our planned expansion and affordable. After two years of fundraising and financial planning our co-op moved to its current location at 1612 Sherman Blvd. in April of 2003.

Our current storefront at Spring & Sherman boasts 6,300 square feet of retail space including an impressive variety of natural and organic products. As a full line natural grocer, we offer bulk foods, organic beer and wine, a substantial Wellness department, an eat-in deli & café serving hand crafted foods from our own kitchen, fresh organic produce, frozen and refrigerated goods and a large selection of natural grocery products.

Our Take On Food

3 Rivers Natural Grocery is a full line natural foods grocery store with an emphasis on wholesome and delicious food, including local and organic. The heart of our mission is to seek out products that nourish the body while working diligently to make sure that the products you buy are healthy, free of harmful ingredients and additives and processed in an environmentally responsible and humane manner. With these principles in mind, we stock our shelves with products we have carefully chosen with set standards in mind. We strive to bring you products that are fresh, healthy, local and organic.

We will not knowingly sell products that contain

Our Produce Department carries only fruits and veggies that are grown with organic and natural methods. We stock seasonal, natural, locally grown produce whenever it is available.. Throughout the store you will find a few conventionally grown items on our shelves as, although we aim to stock the highest quality items, we know getting healthy is a continuum for individuals and families. To look for the products with the highest standards in the natural foods industry, look for the USDA Certified Organic and the Non- GMO Project seals on products. 3 Rivers always supports transparency in labeling.” 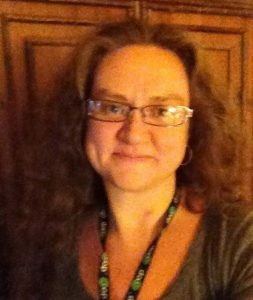 Janelle started her employment with the co‐op as a cashier in 1986. She has worked every job in the store from dishwasher to General Manager. Her involvement in the co‐op is rooted in her family’s love for health, wellness and community. One her favorites quotes is, “Being able to help people become healthier is a beautiful thing.”

Heather started as a volunteer at the bulk scale and began working part time as a cashier in 2000 and added newsletter coordinator to her roles in 2003. She became the Front End and Marketing Manager in 2020. She is passionate about community building and welcoming shoppers to the store.